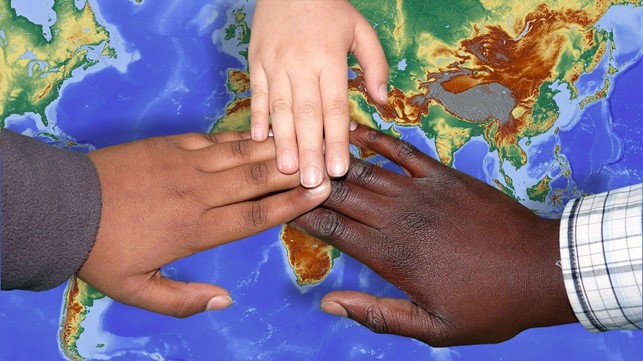 Obtaining the citizenship of a country does not only mean receiving a piece of paper, documents and being able to vote for one’s representatives in elections, which is also a very important right, above all it means belonging to a community whose values, culture, the history, the behavior are shared … to sum up, everything! Every citizen of a nation belongs to a large family.

If your family, your parents have not always lived in Italy and are not Italian, becoming Italian becomes a bit complicated.

In fact, in Italy, the IUS SANGUINIS is in effect. What does it mean? In other words, it means that you can take Italian citizenship if one of your parents can pass it on to you being Italian himself.

According to the law in effect, the children of foreign parents, therefore who do not possess Italian citizenship, can become citizens only at the age of 18, provided they wish it and have always had residence in Italy.

On the other hand there is the IUS SOLI, two Latin words that mean “law of the soil”. With the Ius Soli, in fact, anyone born “on the soil” of a certain nation automatically becomes a citizen. Several times, this law has also been proposed in Parliament but unfortunately it has never been approved.

There is also a discussion over the “tempered” version of this law which dictates that anyone born in Italy from foreign parents, and at least one of them is in possession of a long-term residence permit and has resided in Italy legally and continuously for at least five years, automatically becomes an Italian citizen.

However, it happens that this law is applied in Italy in particular cases:

We have also heard a lot about the IUS CULTURAE which provides that foreign minors born in Italy or arrived within 12 years of age, can become Italian by demonstrating that they have regularly attended at least 5 years of school in Italy. It can be one or more school cycles, or three-year or four-year professional education courses that give a qualification. If it is primary school, it must be completed.

In a world that is increasingly globalizing and where borders, at least for goods and money, seem to be disappearing, perhaps the various countries will be able to find the right legal form to guarantee the rights of all citizens who live, study and work in these countries.

“Migrants are our brothers and sisters who seek a better life away from poverty, hunger, exploitation and the unjust distribution of the planet’s resources, which should be shared equally among all.”

How to stay in Italy